John Chavis Memorial Park was built in Raleigh, North Carolina, in 1937 for the local and regional Black population as a “separate but equal” recreational facility. People traveled from as far as Virginia and South Carolina to use the park because there were few resources of this size and quality open to African Americans during segregation. As one of the few places Blacks could gather together in public during the period of segregation, John Chavis Memorial Park became a significant and special place to the local, regional, and even national Black community. Many people who grew up in the park have powerful stories about its impact on their lives and on their community.

Nomad Studio partnered with Signature Design to develop a comprehensive interpretive plan for the park and concept designs for several new outdoor exhibits. The planning process included significant stakeholder and community engagement to ensure stories aligned with the community’s vision for the park. The first exhibit, completed by Nomad Studio and Signature Design and fabricated by Southern Custom Exhibits, is now installed with others planned for future development.

Located near the park’s historic carousel house, two large-scale prismatic panels convey the park’s historical and cultural significance through a photographic timeline. The exhibit also includes an online component that provides more detailed information about the park’s history, as well as audio excerpts from oral histories collected from community members. More information is available by visiting the City of Raleigh’s website.

Historical image courtesy of the State Archives of North Carolina. 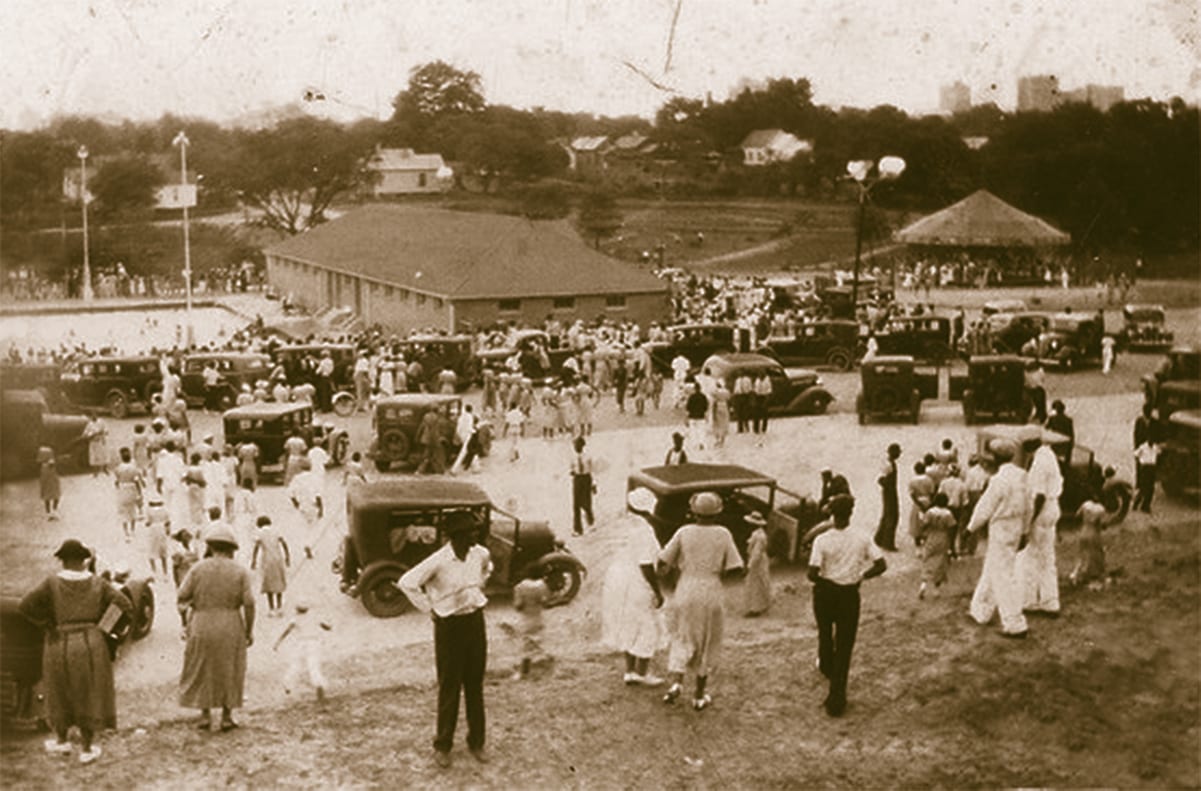 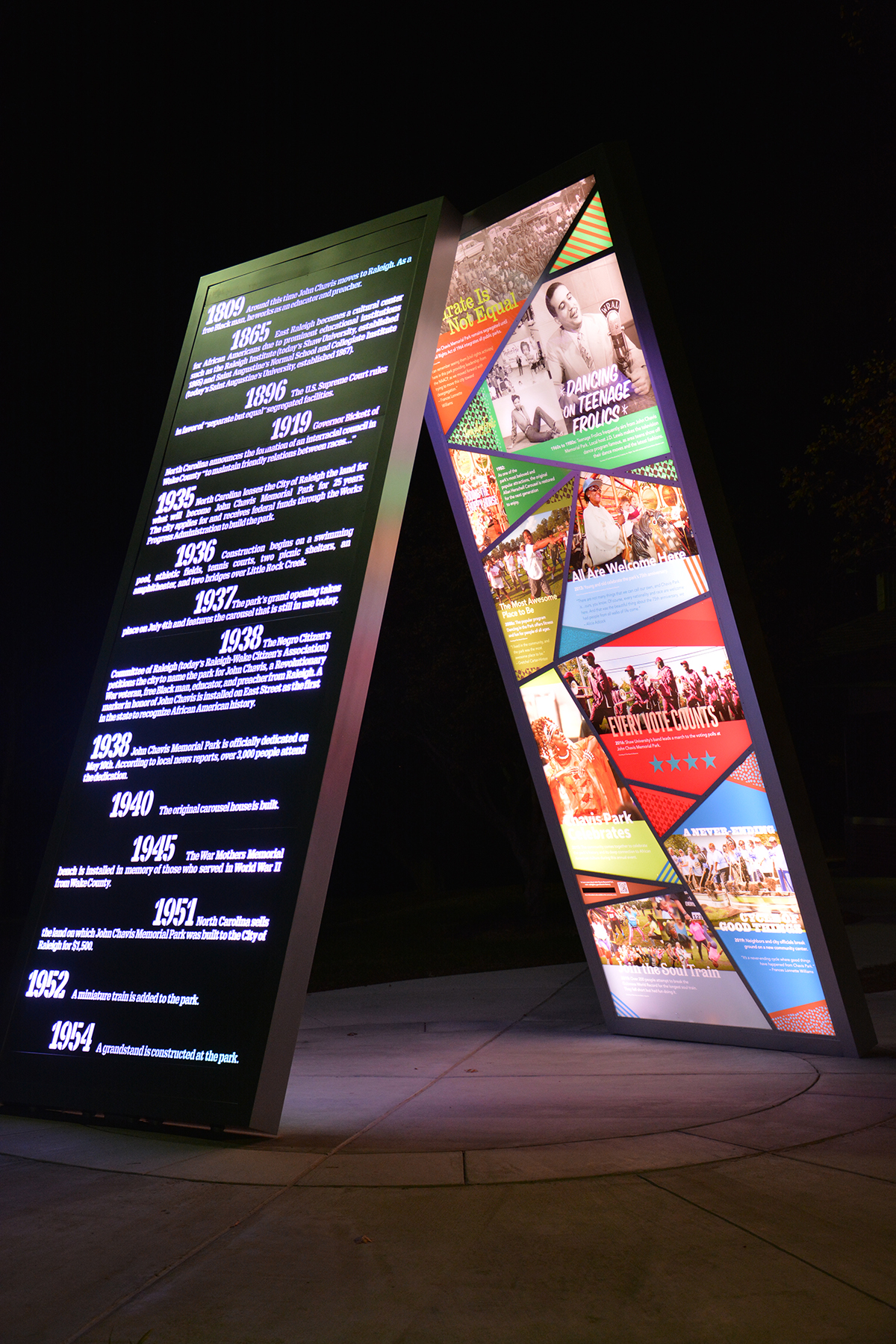 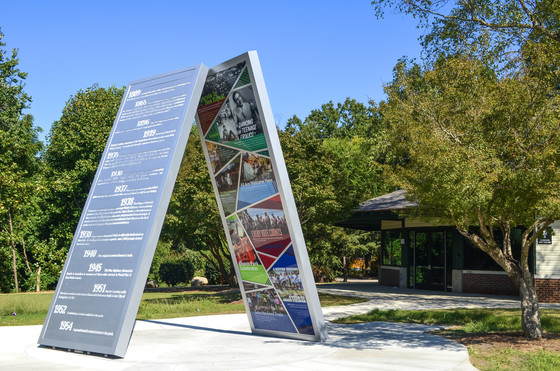